Albert José “Doc” Jones is a hero – a Purple Heart veteran, scholar, teacher, and an inspiration.  Jones grew up in Washington, DC.  As a child, he collected turtles, frogs, fish, and other aquatic organisms for aquariums he maintained.  Jones earned a doctorate in marine biology from Georgetown University and received a Fulbright Scholarship and a fellowship from the National Science Foundation.  Jones learned to scuba dive in the military and became one of the first African American members of the Atlantic Skin Diving Council.  In 1959, Jones co-founded the Underwater Adventure Seekers in a pool at Howard University.  Jones trained the first 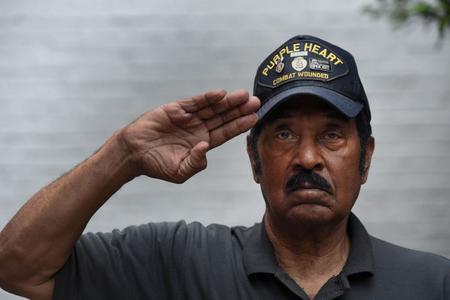 certified female African American scuba diver in the United States in 1965, Shirley Lee.  Dr. Jones taught marine biology at the University of the District of Columbia for 25 years.

In 1991, Jones co-founded the National Association of Black Scuba Divers (NABS), which now has chapters throughout the continental United States, the Maldives, Africa, Australia, Fiji, Hawaii, Central and South America, and the Caribbean.  The mission of NABS is to “create a network of people and resources that provide educational experiences that enhance and promote an appreciation of diving and an awareness of the aquatic environment.”  Despite the focus on African American divers, NABS is open to individuals from all backgrounds, races, genders, or nationalities.

Jones has been actively involved in finding and memorializing slave ships.  In 1993, he led a deepwater dive off the southern tip of Florida to drop a memorial at the wreck site of the Henrietta Marie.  The ship sunk in 1701 after transporting hundreds of slaves between Africa and what is now a state in the United States of America.

Several years after the Henrietta Marie dive, an organization, Diving With a Purpose (DWP), was founded.  DWP is a group of African American divers devoted to finding slave ship wrecks all over the world.  Since their inception, DWP has logged thousands of hours of underwater archaeology.  The ruins of a slave ship are displayed at the Smithsonian’s National Museum of African American History and Culture.

Dr. Jones was initiated into the Washington, DC Hall of Fame in 2008 and received the DAN/Rolex International Diver of the Year Award for 2005.  He and NABS have been featured by BET, NBC, CNN, and The History Channel, in addition to coverage in major publications such as The Washington Post, The New York Times, and National Geographic.

Dr. Jones still lives in the Washington, DC community where he teaches people to dive and chairs the Science and Education Committee of NABS.