On a dare from a friend, Lucas joined several intrepid souls in an athletic charity event – a five-mile swim from St. Thomas to St. John.  Lucas overcame the strong current between the islands (the route is where the Caribbean Sea meets the Atlantic Ocean) and completed the event.

In August, 2015, Lucas joined a mountain trek on the picturesque Inca Trail in Peru.  The four-day journey covered almost 28 miles and ended in Machu Picchu – an ancient Incan community thought to be a vacation home for Incan kings.  The route winds through the Andes Mountains, revealing beautiful views.  The route is also dotted with the ruins of ancient settlements, including grain warehouses, homes, and meeting centers.  The trip included two guides, a cook who prepared three meals per day, and porters to carry the luggage of the trekkers and set up tents at the campsite.

Indigenous communities have inhabited the mountains for thousands of years.  Many continue to practice their traditions and speak their native Quechua language.  Some serve as guides or porters, lugging fifty pounds or more up and down the narrow trail.

There is almost no flat portion on the Inca Trail; trekkers are either climbing or descending virtually the whole time.  The trail includes two mountain passes above 13,000 feet on the same day, which are extremely challenging.  Unfortunately, it rained for three of the four days, making for slippery, cold, and dangerous conditions.  Despite being the oldest member of the group, Lucas was one of the fastest trekkers, reaching the campsite before most of the travelers on several days.  His athleticism is particularly impressive considering that he had two hip replacements before the trek.

Lucas lives in New York and works as a computer programmer.  A video of the trip to Machu Picchu can be viewed below:​

Gary Lucas was born and raised in Buffalo, NY.  He attended Boston University where he played on their NCAA Division I basketball team.

Lucas landed a position with IBM that taught him how to code IBM AS-400 mainframe computers.  In search of adventure and warm weather, Lucas traveled to St. Thomas, U.S. Virgin Islands in 1980.

St. Thomas is a cultural and economic hub for the Caribbean region.  There are immigrants from the Eastern Caribbean, India, the Middle East, the Dominican Republic, and the continental United States, not to mention a large local population.  The island offers beautiful beaches, fishing, sailboat racing, airplane pilot lessons, scuba diving, commercial fishing, tennis, and of course, carnival.  Encouraged by St. Thomas' kind and welcoming population, Lucas enrolled in flying lessons and took up fishing and scuba diving.  He founded and owned ProSystems Computer School in addition to 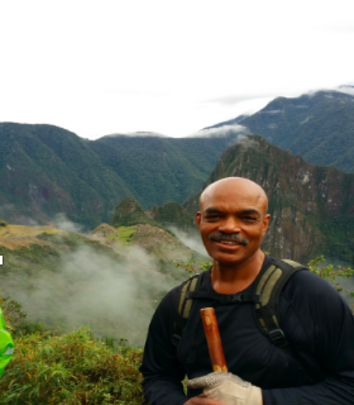