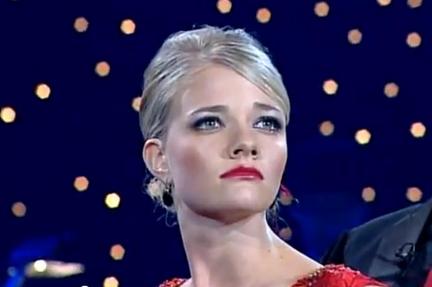 At 16 years old, Jessica Watson became the youngest person to sail solo around the world non-stop and unassisted.

Watson was born in London, England.  As a child, she was not naturally adventurous or precocious.  She was quiet and shy.  Her parents and three siblings lived on a cabin cruiser for five years.

At 12, Watson’s spirit was inspired by Jesse Martin’s accomplishment: sailing around the world nonstop and without

help at 18 years old.  For four years, she nursed her dream to break his record for a non-stop, unassisted solo sailing circumnavigation. ​

While preparing for the voyage, she collided with a 63,000 ton ship, Silver Yang, at night.  Her boat, Ella’s Pink Lady, sustained significant damage.  When Watson departed in October, 2009, the boat had been fixed and was equipped with solar panels, a satellite phone, a new galley, reconditioned diesel and water tanks, and a new electrical system.

To complete the trip unassisted, Watson could not accept anything from anyone else other than advice relayed over radio communications.  She could not stop at any port or lay a mooring anywhere.

Watson left Sydney on October 18, 2009 and returned to her starting point on May 15, 2010.  Watson’s route covered the southern hemisphere, passing through Point Nemo on South America and south of Cape Town, South Africa.  The whole trip took 210 days and covered almost 20,000 nautical miles.

Along the way, Ella’s Pink Lady capsized six times.  In one awful storm, the boat was knocked down (mast hit the ocean) four times in one night.  Luckily, Watson was safe inside the galley each time.  Her boat was designed to right itself after a certain amount of time though the boat was damaged slightly.  While sailing, Watson stitched the mainsail several times and fixed the fuel pump, the battery monitor, the toilet, and stove herself.

Watson used a satellite phone to keep in touch with her family and friends.  When she arrived in Sydney’s harbor, over 100,000 people greeted her, including sailing boats, passenger ferries, water taxis, and other watercrafts.  Her homecoming was carried live on Australian television and she was able to do an interview while navigating towards Sydney.  A video of the interview and some of her last hours of the journey can be viewed below.

For her sailing accomplishments, Watson was awarded an Order of Australia Medal and named Young Australian of the Year in 2011 in addition to other honors.  She chronicled her adventure in her book, True Spirit.

In speaking about her motivation, she commented that, “I wanted to challenge myself and achieve something to be proud of.  And yes, I wanted to inspire people.  I hated being judged by my appearance and other people’s expectation of what a ‘little girl’ was capable of.  It’s no longer just my dream or voyage.  Every milestone out here isn’t just my achievement, but an achievement for everyone who has put so much time and effort into helping getting me here.”

Watson emerged from the trip with a can-do attitude towards everything. “Dream big and get out there and make it happen.”

Watson lives in Queensland, Australia and continues to sail competitively and recreationally.  Her boat was purchased by the Australian federal and state government and is on permanent exhibition at the Queensland Maritime Museum in Brisbane, Australia.