As a child, Shobe explored an open storm drain system that was being constructed near his residence.  By 16, Shobe fought fires for the USDA Forest Service and was certified as a scuba diver by multiple agencies.  After learning how to fly helicopters, Shobe got into climbing in his mid-30s inspired by the thousands of climbers who frequented Joshua Tree National Park.

Shobe was part of Expedition Denali, a group of African American climbers who became the first group of Black climbers to summit Denali.  Their accomplishment is the subject of a documentary called An American Ascent available on Amazon.

With Elliott Boston III and Philip Henderson, Shobe co-founded Pioneer Climbing Expedition (PCE) - a team of climbers determined to be the first group of African Americans to climb the highest summits on all seven continents:

PCE holds clinics at local schools, trying to expose children to the great outdoors.  A goal of PCE is to “awaken minorities to the many types of nontraditional outdoor sports.”  PCE seeks to turn disenfranchised urban youth on to rock-climbing, mountaineering, hiking, mountain biking, rafting, and canoeing.

Despite his efforts to diversify outdoor recreation, Shobe is a realist about what matters on the mountain.  "I've been trying to encourage diversity in the outdoors [for over a decade] . . . But at the end of the day, the mountain, the outdoors—it doesn't really care if you're black, white, blue, or green." 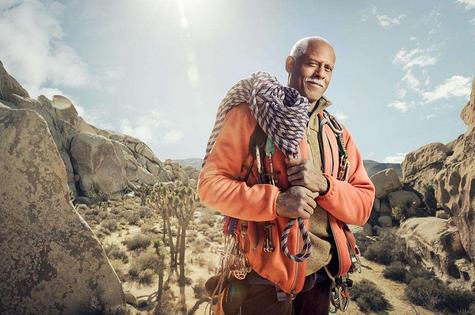