Aikins was accompanied by several other professional skydivers with parachutes who collected Aikins' oxygen tank at 10,000 feet and trailed smoke to alert the cameras and onlookers below of where Luke was.  The stunt was carried live on a Fox television channel.

Despite the successful jump, Aikins wants to do it again to perfect the landing.  He says he did not hit the center of the net on the first try.

Aikins’ skydive has already been certified by the Guinness Book of World Records as the highest skydive without a parachute breaking the record of Gary Connery in 2012 who wore a wingsuit.

In addition to being a daredevil skydiver, Aikins is an experienced helicopter and airplane pilot.  He has successfully completed 18,000 skydives before.  He teaches at a skydiving school in Tacoma, WA that is owned by his family.  Aikins performed stunts in Iron Man 3. 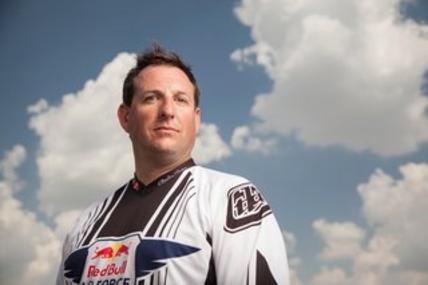 On Saturday, July 30, 2016, Luke Aikins jumped from a plane at 25,000 feet without a parachute or wingsuit into a net below.  The net was located in Simi Valley in southern California.

Only two minutes elapsed between leaping from the plane and hitting the net at a freefall speed of 120 mph.  Aikins maneuvered his body and used a GPS device to fall squarely in the net.  Had he missed the net, he would have died for sure.  Immediately after the jump, Aikins described his feelings, "I'm almost levitating, it's incredible."
​